guiding leaders to connect with Source, leverage their inner blueprint, and sync with life's algorithm to manifest their dream life and business with less stress and more flow.

A LIFE BEYOND THE
VEIL COACH

helping leaders embrace their
powers, connect to their inner
wisdom and fall in love with
their life deeply while making
the impact they wish
to see in the world

My purpose is to awaken established and aspiring leaders to their multi-dimensional Self, remember their mission and fearlessly play the Game of Life. 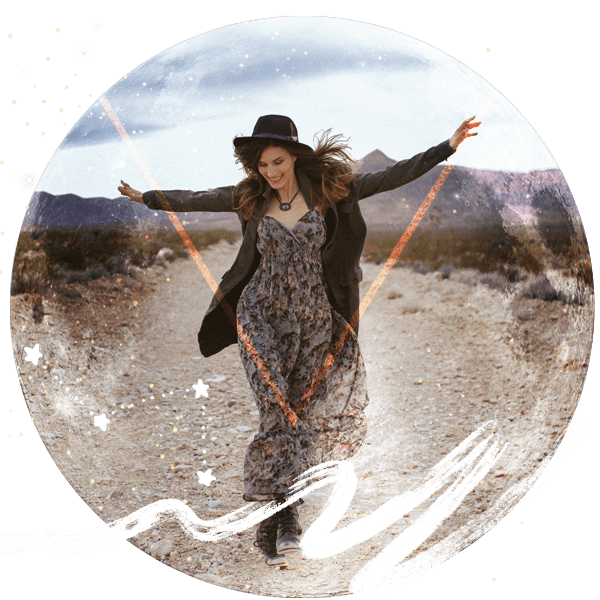 As a Certified Professional Astrologer (PMAFA), I help you access your inner blueprint so that you can make the most out of your unique gifts and challenges. You discover in what season you are in and how to live in sync with life's algorithm in order to experience a deep sense of meaning and magic in your life while manifesting your dreams into reality. Through Hypnotherapy, we connect with your subconscious, parallel lives, inner child, mulit-dimensional self and spirit guides, heal your past and tune into the future dimension you wish to manifest. As an ordained Priestess, I guide you through potent rituals and ceremonies to help you shift paradigms on a subconscious level. With the help of energy healing we balance your chakras, releasing blocks and allowing you to become a sacred channel of your life's mission as the Star Leader you were born to be.

We are multi-dimensional beings playing this Game of Life -
why not make it fun and magical?

I'm basically your All-in-One Guide - when you work with me you get the benefits from an Astrologist, Priestess, Life Coach, Hypnotherapist, Reiki Master all at the same time, all in one - to save you time and energy and give you the best results.

my story: how did I get here?

my story: how did I get here?

Born during a First Quarter Moon when the Sun was on the Cusp of Exposure to my dear Mama and Papa who are scientific catholic (!) in Germany, I had a childhood full of adventures in nature as well as in religious settings. As a child, I soon got over repeating formulated prayers and went on to directly talk to Source like I would to my best friend. I called it Schatz (which means treasure in German) and our relationship was loving and strong. I had lucid dreams, intuitive visions and traveled through the astral realms on a regular basis.

As a teenager, my focus shifted. I tried hard to fit in though I never quite did. After graduating high school with math, french, physics and religion as one of my main subjects (again the mix of science and spirituality!), I felt called to move to Munich where I studied Communications, B.A. and went to the Munich Film Academy. Acting became my passion. I enjoyed living through other characters’ experiences, feeling deeply into the whole spectrum of emotions. Acting and modeling played a pivotal role in giving me confidence to come out of my introverted shell (as a Leo/Virgo Cusp, I am an ambivert).

After the crossing over of my beloved grandma and my familiar bird friend Miro just a few weeks apart (which sparked a deep curiosity for me of life beyond the veil), I had nothing to lose and took all my strength and courage to attend an acting class in Los Angeles - a place that has been calling me for a long time and that immediately felt like home to me. It was there when I met a man who introduced me to the concept of atheism, and I let myself dive into this ultra-scientific perspective with all my being.

Denying my infinite self and my innate relationship to Schatz, left me feeling depressed and I fell into a deep dark hole where I played with the thoughts of leaving this world. I’ve lost all meaning. I’ve lost the belief in love and magic, the belief in harmony. I accepted hatred, blame, scarcity, competition, and suffering and attracted it into my life. I was constantly sick. I didn’t know how to take care of myself. I felt ashamed, guilty and undeserving. I ended up in an emotionally abusive relationship with that man, constantly walking on eggshells to not trigger him. I worked a job where I felt undervalued and burned out. Overall I believed my life to be meaningless and without purpose.

And then on my Solar Return (birthday) in 2012, the power of the Sun and the New Moon cycle helped me break free of old patterns, leave behind my toxic relationship and start a new life. Back then I didn’t know any of this. I didn’t know that the new moon cycle was in my house of relationships and the first quarter moon activated my life direction and helped me push into the unknown, transforming my life. I didn’t know that I was in a personal 6 year (according to Numerology), that was all about healing, finding balance between spirit and matter and practicing unconditional love. If I knew, life could have been less chaotic and the path in front of me would have looked clearer and less scary. Things would have made more sense and that would have calmed me down. With the support of loved ones here and beyond the veil, I persisted and transformed my life, trusting that there is light at the end of the tunnel.

A few weeks later, I met my Twin Flame who catapulted me towards my soul's purpose. After we got married a few months later, I deeply dived into astrology, tarot, numerology and other metaphysics, cultivated yoga and meditations as daily practices and officially started my spiritual journey. This was the year where I had my first out-of-body experience that shifted my world view from believing to knowing that we are infinite beings. Little did I know, that this was my personal 7 year - the year of spirituality, reflection and truth... the year that changes one’s perspective. This was 7 years ago.

After I discovered these metaphysical tools and officially walked outside my body, I felt called to share all of this with others and guide them on their own spiritual journey towards love, peace, joy and abundance, living in flow with cosmos and nature, with science and spirituality. Living in sync with life doesn't mean that life just consists of happiness, that all things are joyful at all times. Harmony is both - a balance between tense and relaxed moments.

Those moments can be either seen as struggles
and stumbling stones, or as growth and

our highest potential.
I prefer the latter, what about you?

Fast forward to now, I live in Las Vegas, Nevada, with my Twin Flame husband, our daughter and son. My past doesn't define me - it has provided me with the necessary lessons to be fully embodied and authentic in WHO I AM NOW.

The Holy Feminine - the embodiment of Wife, Sister, Daughter, Mother, Witch and Warrior. This is our deepest power as Women.

Are you ready to dive deep?